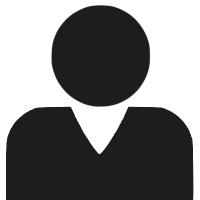 Olivier Copie is a CNRS Research Scientist (materials science). He received his Ph.D. in 2009 from Université Pierre et Marie Curie (now Sorbonne Université) after a thesis on oxide interfaces and strontium titanate based spintronics under the supervision of Agnès Barthélémy at CNRS/Thales. As a post-doc researcher he then worked (collaboration with CSNSM/Paris-Saclay) on the two-dimensional electron gas at the surface of strontium titanate at Julius-Maximimilians Universität in Würzburg (Germany). In 2012, he worked for two years on the structural and magnetic properties of rare earth vanadate thin films and superlattices in Wilfrid Prellier’s group at the CRISMAT laboratory. He had also held a research stay at SPMS laboratory (CentraleSupelec/Paris-Saclay). In 2014, he then joined Nick Barrett’s group at CEA/SPEC and worked on the electronic and chemical structure of ferroelectric oxides. In 2015, he became a CNRS Research Scientist and joined Institut Jean Lamour in Nancy. His main research interest is the exploration of structure/property relationships of functional perovskite oxides for electronics.